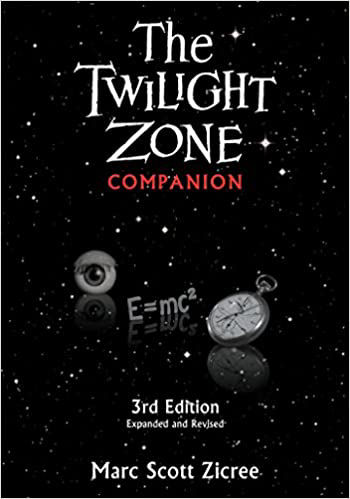 The Twilight Zone has captivated and haunted the imaginations of countless millions of viewers from its 1959 debut, through its 156 subsequent episodes and many years of steady rebroadcast. The Twilight Zone Companion, an American Book Award nominee, is the complete show-by-show guide to one of television's all-time greatest series. It covers the celebrated show's inception through to its subsequent offshoots and remakes, and is fascinating reading for even the most casual fan. Coverage of each episode includes a plot synopsis, Rod Serling's narrations, critical commentary, behind-the-scenes stories and anecdotes from the original artists who created the series, a complete list of cast and crew, and photographs. The Companion one was of ten books (and the only non-fiction book) on Dave Itzkoff's New York Times list of 'Science Fiction for the Ages.' This revised, expanded, and completely redesigned Third Edition adds new interviews and new episode anecdotes, and brings the number of photographs in the book to well over 500!